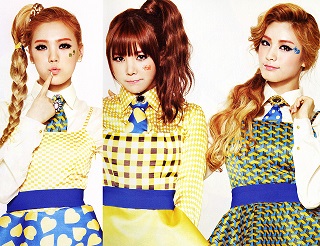 Orange Caramel is a three-member sub unit of the K-Pop Girl Group After School. While their main group's image is more based towards sexiness, Orange Caramel's songs have featured a retro Trot sound and are almost always accompanied by a bright, colorful and quirky music video.