Music / On Tour with Eric Clapton 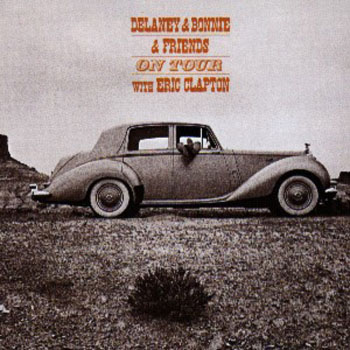 And on Your Shelf with the Feet of Bob Dylan! 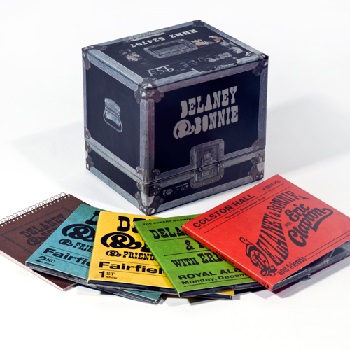 Does not contain a real amp, even at boxed set prices.
Advertisement:

1970's On Tour with Eric Clapton represented the biggest commercial success for blue-eyed soul singers Delaney and Bonnie Bramlett almost immediately upon release thanks to its association with the most famous guitarist in the world at the time. It remains the pair's second most famous release after 1971's trope-making Motel Shot and a major footnote in the timeline of classic rock, serving as the meeting point for the backing musicians later associated with the landmarks All Things Must Pass (by George Harrison) and Layla and Other Assorted Love Songs (by Derek and the Dominos), along with Joe Cocker's similar Mad Dogs and Englishmen.

On Tour with Eric Clapton was rereleased in 2010 as a four-disc box set documenting four entire performances from the tour, the last three of which featured George Harrison as a backing guitarist as well.

Where There's A Trope, Sure Enough Honey, There's A Way!