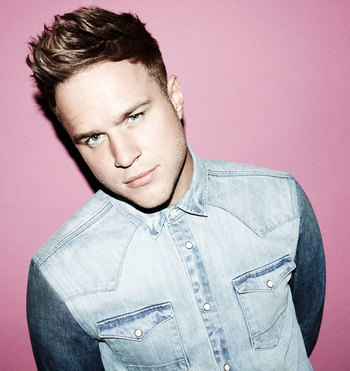 Oliver "Olly" Stanley Murs (born 14 May 1984) is an English singer-songwriter and presenter.

Murs is best known for finishing as the runner-up of The X Factor in 2009. Despite not winning the show, he went on to have a very successful career in music, outpacing Joe McElderry —his season's ultimate winner— in record sales. To date, he's released six studio albums, with one of them (2018's You Know I Know) doubling as a greatest hits collection.

After competing as a contestant on X Factor, Murs later returned to the show in a presenting capacity. He co-hosted companion series The Xtra Factor with Caroline Flack from 2011 — 2012, and the duo would later replace main show host Dermot O'Leary for its 2015 season. Since 2018, Murs has been a judge/coach on The Voice UK.