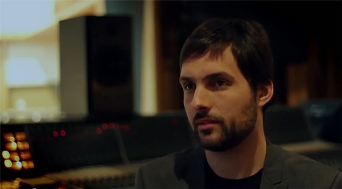 Olivier Derivière (born December 26, 1978 in Nice) is a French composer.

He composes soundtracks for video games since the early 2000's. He works almost exclusively with the game developers from his own country, although he collaborated with the Boston Philarmony and Children's Choir during his work on Obscure games, and the Bulgarian National Choir when working on Alone In The Dark V.

Games on which this composer has worked on:

Tropes commonly used in his work: