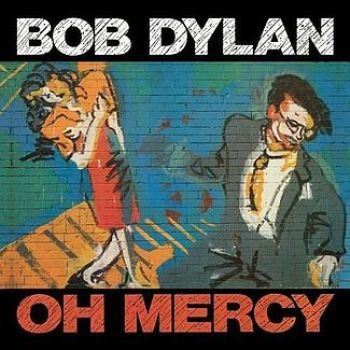 When were you kissing my cheek?
Advertisement:

Oh Mercy is the twenty-sixth studio album by Bob Dylan, released in 1989. At the time it was well received by critics after a long period of weaker-reviewed albums and thus perceived as a comeback album. Many critics and Dylan fans regard it as his best album of The '80s. The record is best remembered for the single "Everything Is Broken".