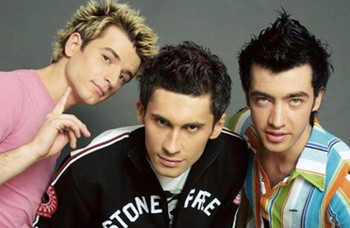 O-Zone is a Europop band originating from Moldova which moved to Romania, active during 1999-2005. They're best known for the song "Dragostea Din Tei", especially when American internet personality Gary Brolsma made a viral video

on Newgrounds in 2005 dancing along to the song.