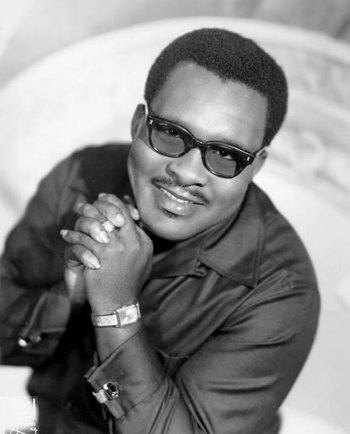 The Ace of Spades
I don't smile anymore, no
I don't even laugh
You got me doing funny things, baby
Some folks say you got me out classed
- "Heartaches, Heartaches"

Overton Vertis "O.V." Wright was an Afro-American soul and blues artist known as one of the most unique voices in deep soul music.

Born in Lenow, Tennessee, on October 9, 1939 Wright began singing in his local church when he was young and by 1956, he joined The Sunset Travelers as one of the lead singers of the gospel group. He would also front another gospel group by the name of the Harmony Echoes before going secular in with the ballad "That's How Strong My Love Is" in 1964 for Goldwax Records. It was later determined that Don Robey still had him under a recording contract, due to his gospel group having recorded for Peacock. After his contract was shifted to Don Robey's Back Beat label, further R&B hits followed such as "You're Gonna Make Me Cry", "Nucleus of Soul", "Ace of Spades", "A Nickel and a Nail", and "I Can't Take It", all of which considered classics of the southern soul scene.

He would maintain this blues-inflected soul sound well into 70s into the disco era, releasing popular hits in the South such as "I'd Rather Be (Blind, Crippled & Crazy)" and "Into Something (Can't Shake Loose)". However, this further success wouldn't last long as he would die at 41 years old, of a heart attack fostered on by a longtime drug addiction.