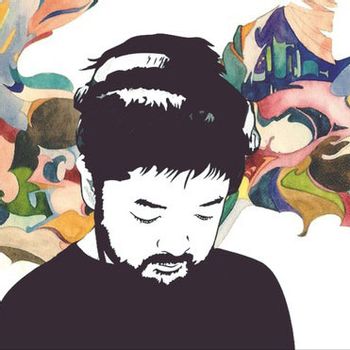 The beat plus the melody's the recipe.
All good souls lost, may they rest in peace.
Advertisement:

Nujabes (real name: Jun Seba, or 瀬葉 淳, February 7, 1974 – February 26, 2010) was a Japanese hip-hop producer and DJ who still stands to this day as one of the most highly celebrated artists of his time.

He is known as one of the forerunners of the jazz-based slant of the instrumental hip hop genre, with a distinctly mellow, soulful, and atmospheric approach to sample-based beatmaking that has reflected onto modern production techniques, namely through the 2010s subgenres of "chillhop" and "lo-fi hip-hop", of which he is commonly credited as a Ur-Example.

One of his main claims to fame was his extensive work on the soundtrack of Samurai Champloo, creating its opening theme "Battlecry"

and its ending theme "Shiki no Uta,"

as well as many more songs on the two official soundtracks of the show (Departure and Impression).

Being a very private person, not much is known about his personal life.

His career was cut short on February 26, 2010 when he was involved in a late-night traffic accident exiting the Shuto Expressway. He was pronounced dead at a Shibuya Ward hospital after several failed revival attempts.

He was working on his fifth studio work, Spiritual State, at the time of his passing. Understandably, those close to him didn't want to let the album fail to see the light of day, so the album was eventually finished and released posthumously at the end of 2011. Furthermore, at the time of Nujabes' passing, the "Luv(sic)" hexalogy

of songs made with rapper Shing02 was half-finished, and it was eventually completed.