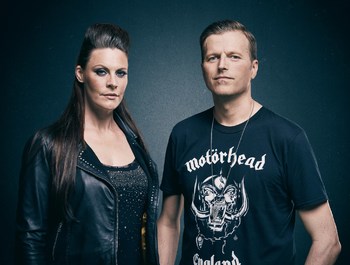 In 2007, while Jansen was fronting After Forever, she and Lofstad got together at the ProgPower USA Festival in Atlanta, Georgia for a jam session of cover songs. They turned out to share a love for classic hard rock, and over the next year wrote an album's worth of original songs, but unfortunately, they had no time to record any of them... until 2017, when Nightwish took a year off. Jansen and Lofstad got back together that year and recorded the album, which was released from Nuclear Blast on 19 October 2018.

Jansen and Lofstad have no current plans to perform live, with Floor citing Nightwish and motherhood.