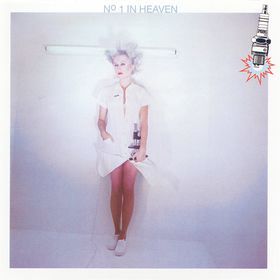 No. 1 in Heaven is the eighth studio album by American duo Sparks, released in 1979 and marking a transition from Rock to Synth-Pop Disco. The album is seen as a high point for the band on a close level to Kimono My House and Lil' Beethoven; it is highly influential in all runs of Electronic Music, and the band would continue to operate in Electronic Music for much of the rest of their career.

After their success as a Glam Rock band waned in Europe, the band attempted to attract an American following by taking on a West Coast sound, but this too failed by the band's admission. After hearing Donna Summer's "I Feel Love", the band enlisted the help of legendary producer Giorgio Moroder to give them a Synth-Disco makeover. The result brought renewed interest and success to the band in Europe, and the reduction of the band to just Ron and Russell paved way for a change in popular music from the typical "Rock band" lineup to one that allowed for every Synth-Pop duo of The '80s.