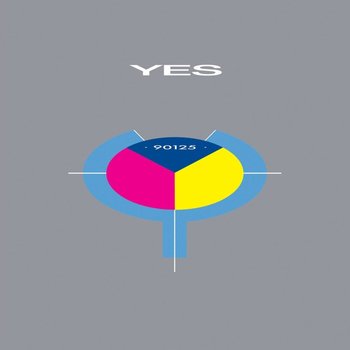 90125 is the eleventh studio album recorded by the British Progressive Rock group Yes. It was released through Atco Records on 7 November 1983.

Following the tepid reception of the Drama tour over the changed line-up, Yes had initially disbanded in 1981, with bassist Chris Squire, drummer Alan White and producer Trevor Horn (previously the lead vocalist on Drama) joining Trevor Rabin and the band's original keyboardist Tony Kaye to form the band Cinema, and went to work on a new album in a more radio-friendly direction. Jon Anderson eventually accepted the invitation to join Cinema as their lead vocal, and in time the band was renamed as the new lineup of Yes.

When the album was released, it was Yes' most commercially successful album, reaching #5 on the US Billboard 200 and being certified triple-platinum by the RIAA. "Owner of a Lonely Heart" also remained the band's only US #1 single to date, reaching #8 overall in the year-end charts.

The album would also have an unexpected effect on the production team behind it. During the album's making, Horn and his sound team started futzing around with a scrapped drum part that Alan White recorded, leading to the "Red & Blue" mix of "Owner of a Lonely Heart". Horn and company enjoyed the experiment so much that they decided to make further tracks based on its template and the samples that they'd gathered together for 90125. Bringing in business partner Paul Morley, the team would dub themselves Art of Noise, which would become a pivotal act in the development of sampling as a musical tool.