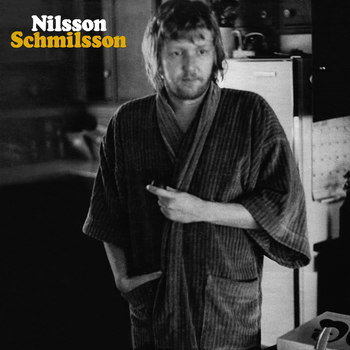 "I can't live if living is without you!"
Advertisement:

Nilsson Schmilsson is the seventh album by singer-songwriter Harry Nilsson, released on October 1971 by the RCA Victor label. It was Nilsson's most commercially successful album, with his cover of "Without You" reaching the #1 position on March 11, 1972. The album was also supported by well-known hit singles "Coconut" and "Jump into the Fire"

She put the trope in the coconut and drank 'em both up: