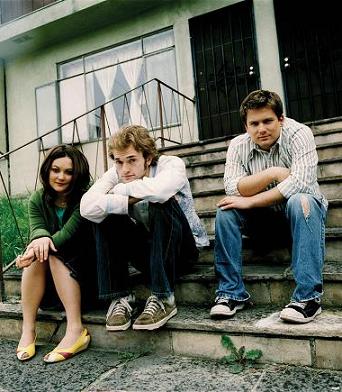 Nickel Creek is an American progressive acoustic music trio consisting of Christopher Scott "Chris" Thile (born February 20, 1981; vocals, mandolin) and siblings Sara Ullrika Watkins (born June 8, 1981; vocals, fiddle) and Sean Charles Watkins (born February 18, 1977; guitar, vocals), with Chris' father Scott playing bass on their first albums. They were active from 1989–2007, and reunited in 2014. They began as a fairly typical bluegrass group, but by the time of their second major label release This Side, had branched out in a big way, forging a musical style that Chris dubbed "progressive folk".

The band has recorded six albums:

To say nothing of each members' solo albums and various side projects. They disbanded in 2007 for "an indefinite period of time", so each could focus on a solo career. They reformed sometime during 2013, announcing a new album and tour dates for 2014.