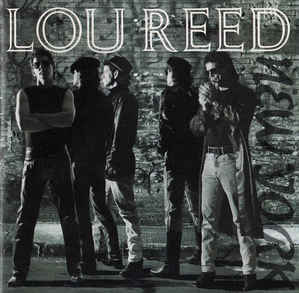 "You can depend on the worst always happening/You need a busload of faith to get by"
Advertisement:

New York is the fifteenth solo album by Lou Reed, released on January 10, 1989. As a concept album intended to be listened to in one sitting, "like a book or a movie," it was his take on the poor state of the city at the time, featuring stripped-down rock instrumentation to focus on his introspective lyrics. It was backed by the songs "Romeo Had Juliette," "Dirty Blvd.," and "Busload of Faith."