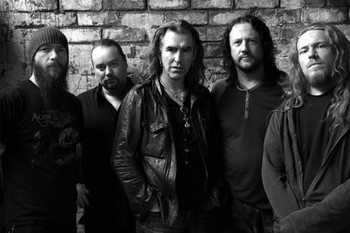 We are old we are young we are in this together,
Vagabonds and children (are) prisoners forever,
With pulses a-raging and eyes full of wonder,
Kicking out behind us again...
"Vagabonds"

New Model Army are an English rock band from Bradford in the United Kingdom. They are best known for the songs "Vagabonds", "Vengeance" and "Stupid Questions". They are named after the "New Model Army" - the Parliamentary army from the English Civil War.

Formed in 1980, the band have released fourteen studio albums over a career that's lasted nearly forty years and are still touring to this day.