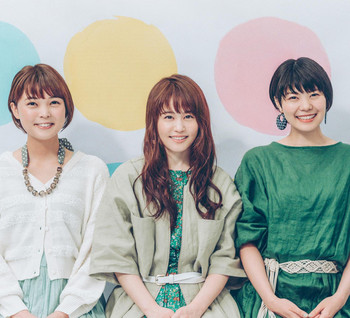 Back in 2003, a group of girls were hired as a PR stunt to promote locally grown onions in the Niigata prefecture. Called Negicco ("Negi" meaning "Onion" and "cco/ko" standing for "Child/Girl"), these young women formed an idol group and were initially only expected to receive one month of promotion before their disbandment.

Defying all odds, the group went from performing in cramped department stores and teaching kindergarteners about onions to going on nationwide tours and celebrating their 15th anniversary as a group together. They are a well known example of "local idols", Japanese idols who are centered around a location for their work, and became the "Niigata Tourism Special Envoy" for their dedication to their home. They currently have three members, although they started off as a quartet. The members of Negicco are:

Negicco began by only having one song, but were saved from obscurity when a producer called "connie" helped introduce them with several other artists. They now have a widely varied discography and are often described as an "idol group that doesn't fit in a box". While they may have gotten flack for being entertainers centered around a vegetable, Negicco is standing the test of time. Their aim is to perform at the Budokan in Japan.

These idols provide examples of: