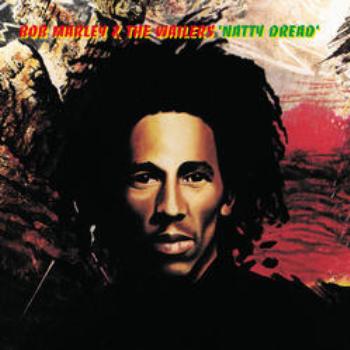 Natty Dread is a 1974 music album by Bob Marley and The Wailers. It was the first album recorded after former bandmates Peter Tosh and Bunny Wailer had left. They were replaced by the I-Threes, a female background choir consisting of Judy Mowatt, Marcia Griffiths and Bob's own wife Rita.

The album is notable for the hit singles "Them Belly Full (But We Hungry)", "Lively Up Yourself" and an Early-Installment Weirdness version of "No Woman, No Cry", which would become a much larger hit after being recorded live on the next album Live! (1975).

Let righteousness cover the Earth / like the water cover the sea!!