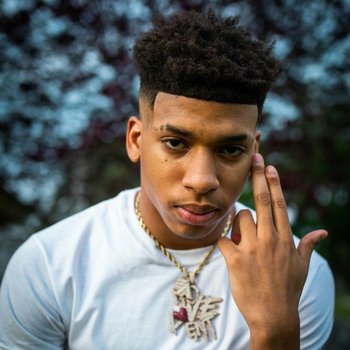 NLE Choppa's manager is his mother, Angela Potts, who has been managing him since he started expressing an interest in rap music. He released his first song, "No Love Anthem", in February 2018 under the name YNR Choppa. On July 22, he released his debut mixtape, No Love the Takeover. In December, he appeared on "No Chorus Pt. 3", a cypher-style song by his Shotta Fam collective. His opening verse and his dance moves in the accompanying music video made him stand out from the group, earning him an online buzz.

After the surge of popularity, he released his breakout single "Shotta Flow" a week later. The video amassed 10 million views in a month. A few days after its release, Pitchfork highlighted the track as its Song of the Day, praising his energetic delivery and adding that "he hits a new dance move every time the camera cuts back to him".The song entered the Billboard Hot 100 in May 2019, debuting at number 96.It later peaked at number 36. The official remix, featuring Blueface, directed by Cole Bennett, was released in June, shortly after the original song was certified platinum by the RIAA.