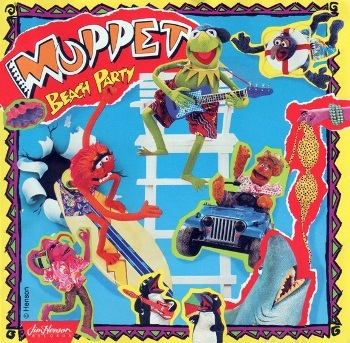 Muppet Beach Party is a 1993 Concept Album by The Muppets. It's Exactly What It Says on the Tin, a collection of song covers (dating from The '60s to The '80s) about having fun on the beach, all of which are performed by the Muppet characters. The "Kokomo" and "Wipe Out" covers warranted music videos, with the former having been made for a 1993 "Muppet Sing-Alongs" VHS (an abbreviated version also appeared on several early 90's Disney and Muppet VHS tapes and during commercials on Nickelodeon), and the latter also being released as a single in the UK.