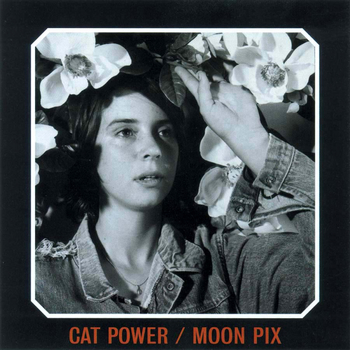 Never give up no, never give up / If you're looking for something easy / You might as well give it up
Sew your fortunes on a string
And hold them up to light
Blue smoke will take
A very violent flight
And you will be changed and everything
And you will be
In a very sad, sad zoo
- "Metal Heart"
Advertisement:

Moon Pix is the fourth album by Cat Power, a musical project headed by Chan Marshall. Shrouded in legend since its release, a many of its songs were written in one night after a hallucinatory nightmare Marshall had experienced while staying at a farmhouse in South Carolina. She had intended to leave the music industry after her previous record, What Would The Community Think, but would continue to record after the releasing Moon Pix.

Once it was released, it would near uniamous acclaim, being considered a classic within the indie rock community and a landmark record in the Slowcore genre.

How selfish of you, to believe in the meaning of all the bad troping