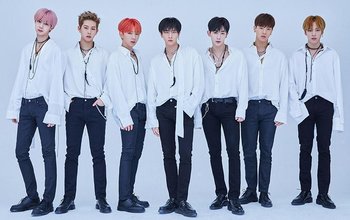 Monsta X (Hangul: 몬스타엑스) is a six-member (formerly seven-member) Korean Pop Music Boy Band under Starship Entertainment. They were formed in 2015 through the survival show NO.MERCY, which pitted 12, later 13, Starship trainees against each other to decide who would be in the final group. About three months after the show concluded, they debuted in Korea with the EP Trespass in May 2015. They made their Japan debut with a Japanese version of Hero in May 2017.