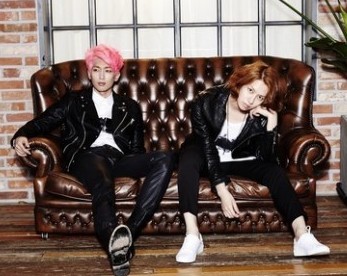 M&D (which primarily means Miari & Dangyedong and Midnight & Dawn), also known as Kim Heechul & Kim Jungmo, is a South Korean pop rock duo formed by S.M. Entertainment in 2011. The duo is composed of Heechul from Super Junior and Kim Jungmo of TraxX.

The group is known for their unique style of music, different from the groups they are a part of. They plan to continuously release music which they can and want to do, regardless of the genre. To achieve this style, Jungmo composes and arranges their tracks (and also plays all the instruments needed in the song) while Heechul writes the lyrics and directs their music videos.