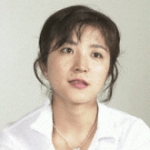 Miki Higashino (born January 1, 1965) is a video game music composer best known for her work for Konami games, where she was a member of the Konami Kuheiha Club, a team of composers. She has left her greatest mark on the Gradius and Suikoden series, and also composed music for two Teenage Mutant Ninja Turtles games. Miki Higashino became a freelance composer in 2002.