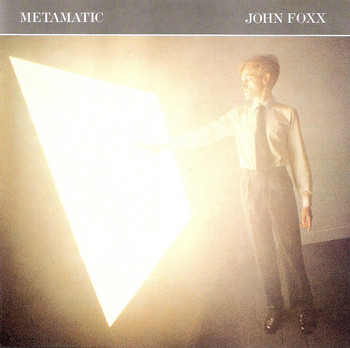 Metamatic is the first album by British musician John Foxx, after he signed to Virgin Records. Released in January 1980, although the songs were recorded in 1979, it is a stark departure from Foxx's work with his previous band Ultravox. While that band's work with Foxx fused conventional rock with varying degrees of synthesizers, Metamatic for the most part is completely electronic, bar some bass guitar parts. It is a cold, detached Synth-Pop album, with six of the tracks referencing automobiles and motorways (including the album's Signature Song "Underpass").

Two of the songs on the album, "Touch & Go" and "He's A Liquid", originated from Ultravox during their final tour with Foxx in the United States in 1979. The former would be recycled by Ultravox into "Mr. X" on their album Vienna, and the latter sounded more reggae-ish as performed by Ultravox compared to Foxx's version.