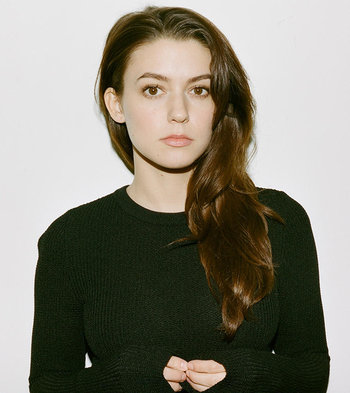 Janice Meghan Myers (born October 6, 1986), known professionally as Meg Myers, is an American alternative something musician. Born in Tennessee but based in Los Angeles, she plays bass, sings and fronts a band that creates songs that are metal-influenced pop rock tracks that have a heavy undercurrent of lyrical darkness. Speaking of herself "I came from this grunge, punk-rock background, but I always wanted to write catchy pop songs" she's been called a mix of Nirvana and Fiona Apple. She's had a couple of singles that did okay on the alternative charts.