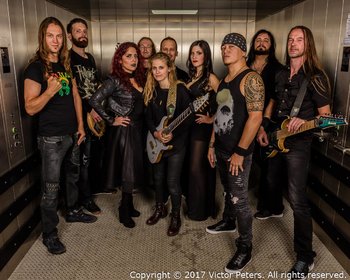 MaYaN is a Dutch Melodic Death Metal band formed by Mark Jansen as a side project that uses symphonic elements and similar lyrical themes to his more popular projects After Forever (at least when he used to be there) and Epica. As a result, the band is often seen as a Darker and Edgier counterpart to especially the latter.