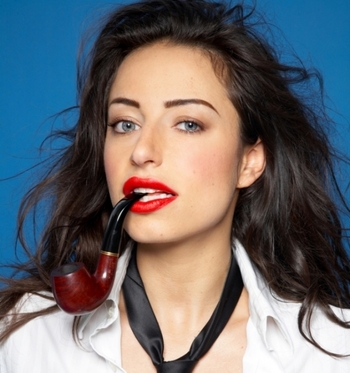 Maya Barsony (1976) is a French Singer-Songwriter who specialized in Chanson.

Born to graphic artist Piotr Barsony and journalist Nicole Courtois, she's part of the Higelin family (half-brother of fellow singer Arthur H) and had her second album supported by artists such as Brigitte Fontaine and Mathieu Chedid (AKA -M-). Outside of music, she has played in the film La Vie en Rose.

Following the release of her third album Monter Âmoureuse (whose lyrics are of a much cleaner nature compared to her second album) in 2011, she completely went dormant.