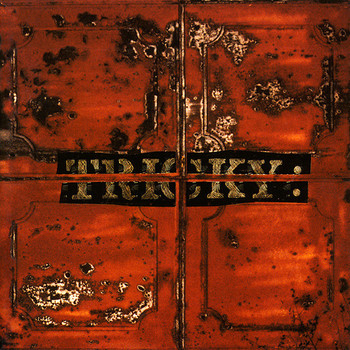 Let me tell you about my mother.....
Don't wanna be on top of your list
Monopoly improperly kissed
We overcome in 60 seconds with the strength we have together
But for now, emotional ties they stay severed
And when there's trust, there'll be treats
When we funk, we'll hear beats
— "Overcome"
Advertisement:

Maxinquaye is the debut studio album of British record producer and rapper Tricky, released in 1995 on 4th & B'way Records.

After leaving Massive Attack due to creative differences, Tricky had discovered singer Martina Topley-Bird, and they would begin working together with Tricky's debut single "Aftermath". Later on, Tricky would enlist Mark Saunders to assist in the production of his debut record after hearing his work with The Cure, with Tricky's own unconventional musicality influencing Saunders to experiment production-wise. It would also feature contributions from musicians from disparate backgrounds, such as punk guitarist James Stevenson, Icelandic singer Ragga, post-punk singer Mark Stewart and a young Alison Goldfrapp.

Maxinquaye (a modification of the name of Tricky's mother Maxine Quaye) would be noted for its experimental and groove-oriented take on electronic and hip-hop music of its time. Taking influence from dub music, it would utilize production techniques such sampling, pitch-shifting and the use of unconventional sounds in its unique style. Lyrically, the album would be doused in drug-induced pessimism and whispered odes to decadence, with the lyrics reflecting themes such as cultural decline, failed sexual intimacy and psychological fatigue.

Upon release, the album commercial and critical success, placing high on the U.K. charts and being acclaimed for its murky, idiosyncratic sound. In the years since, many have considered it one of the best records of the 1990s and a seminal release in the trip hop genre.

Scared to skip and step in case you trip and trope