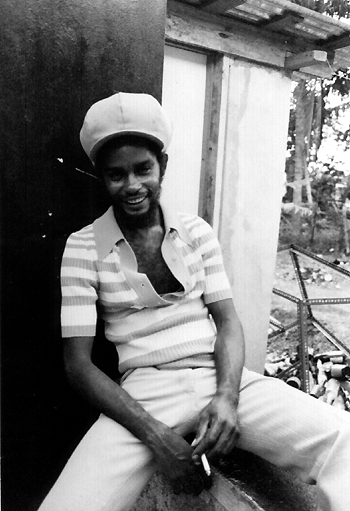 Max Romeo (born Maxwell Livingston Smith, 22 November 1944) is a Jamaican Reggae artist who managed to have an succesful career outside his home island as well. He is best known for his hit albums "Wet Dream" (1968) and War Ina Babylon (1976) and for appearing as a backing vocalist on The Rolling Stones' album Emotional Rescue (1980). In return of favour Keith Richards then played on and co-produced Romeo's album "Holding Out My Love to You". The Prodigy sampled his song "Chase the Devil" as "Outta Space".