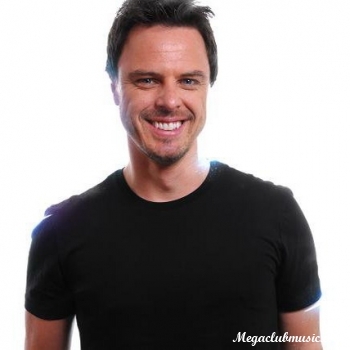 The Unicorn Slayer himself.
Advertisement:

Markus Schulz (born February 3, 1975) is a Trance DJ and producer, active since 1990. He was born in Germany and raised in America at a young age. At age 13, he became involved in the breakdancing scene that was big at the time and was inspired to create his own dance music. He developed his style through his early career when he took up residency in Arizona, playing for nightclubs and other venues and made remixes of songs by Jewel, Madonna, Fatboy Slim, and several more.

Schulz is known in some fan circles as "The Unicorn Slayer", due in part to his preference in using square waves and pitch bends, in contrast to other Electronic Music artists who fall back on lighter, more upbeat melodies (nicknamed "unicorn beats"). After a fan tweeted, "Markus Schulz: the unicorn slayer of trance." Schulz retweeted it and the nickname caught on. His material can be classified as progressive trance, with influences of techno, Drum and Bass, and House Music.

When not producing, he tours extensively, heads his own radio show called Global DJ Broadcast, and helps other up-and-comers in trance through his record label Coldharbour Recordings. He also releases material through another alias/project of his named Dakota and is one half of the duo New World Punx alongside fellow trance producer Ferry Corsten.