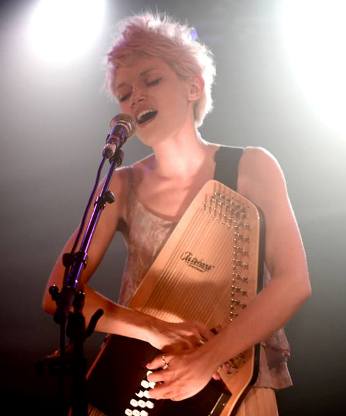 I extend you an invitation to an interstellar camping trip. Bring your raincoat, don't forget your hat, chemistry set, air supply and sleeping bag.

Maïa Vidal (born February 20, 1988) is an American singer of French, Spanish and Japanese ancestry, and currently residing in Europe (mostly Barcelona and Paris). Initially the lead singer of Kievan Rus, an all-girl punk act, she then went solo under the Stage Name of Your Kid Sister, doing covers of Rancid and Georges Brassens.

She moved on to her own quirky brand of folk music in 2011 with her first solo album, God is my Bike. Her second album, Spaces, was released in 2013.