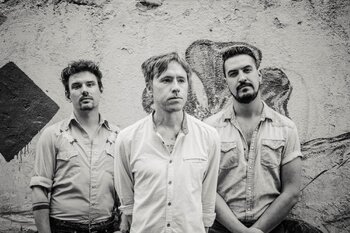 In 2010 the band went on hiatus after Mindy White left. Due to conflict between the original members, the band temporarily broke up. There was even a finale tour called "The Lydia Finale: A Goodbye & Farewell Tour". In 2011, the band got back together without Mindy and released "Paint It Golden".

This band provides example of: