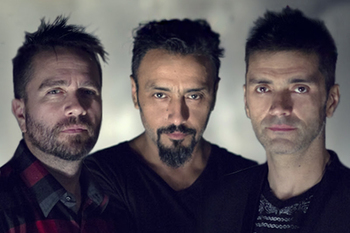 Lucybell is a Chilean Alternative Rock band that started in The '90s and became a prominent band in Chile as well in Mexico and Latin America during the Turn of the Millennium until today. The band was highly influenced by early 90's Shoegaze and Britpop bands, some 80's classic Alternative Rock and Dark Wave.

The band started in 1991, being all the members part of the Universidad de Chile's Faculty of Art as classmates, then they released their first album in 1994, Peces, becoming a sensation since then. In 2004 they went to Mexico to internationalize their career with a big success in that country and the rest of Latin America, being their album Lúmina their first international hit.

and even has its own article

in The Other Wiki in English.

Not to be confused with "Lucy Bell", both the Australian-English actress as well Betsy Bell's mother from 2006 horror movie An American Haunting.