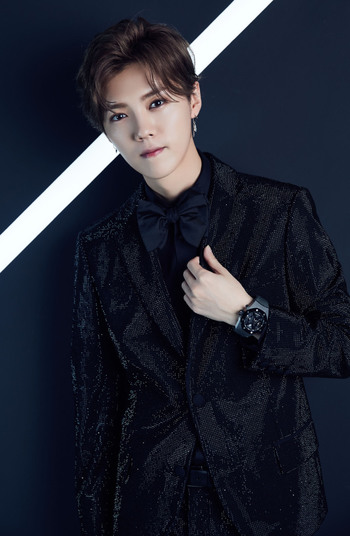 Lu Han (Chinese: 鹿晗, born April 20, 1990 in Beijing, China, stylized as Luhan) is a Chinese singer/songwriter and actor, and former member of Korean-Chinese boy band EXO and its Chinese sub-group EXO-M. The Chinese Justin Bieber was just a regular student who went to Korea for exchange studies in 2010, he was scouted while shopping on the street and consequently became an idol trainee. He debuted as a member of EXO in April 2012. In October, 2014, Luhan filed a lawsuit against SM Entertainment to nullify his contract and effectively left EXO, citing health problems and allegedly mistreatment from the company as compared to the Korean members.

Luhan then moved back to China, continuing his career but now as a solo artist, with his first digital album Reloaded I released in September 2015, selling 880,000 copies on the first day, the highest recorded sales number on the first day of official release and reaching over one million sales on QQ Music, setting the record for fastest digital album sales. His first studio album Reloaded topped the Tower Records chart in Japan, becoming the only album from mainland China to enter the Top 5 of Taiwan's G-Music year-end chart, and was also certified platinum by the International Federation of the Phonographic Industry, becoming the first album in mainland China to do so.

In 2014, he was ranked the 6th most popular entertainment star in China by China National Radio. Luhan first appeared on the Forbes China Celebrity 100 list in 2015, ranking 37th. He rose up 35 spots to rank 2nd in 2017, becoming the highest ranked male celebrity in China. In 2017, Lu Han was listed as the second highest-paid celebrity in the Forbes China Celebrity 100 list, behind only Fan Bingbing. He currently holds the Guinness World Record for the "Most Comments on a Weibo Post", which was established in August 2014 and subsequently surpassed by Luhan himself in September 2015. In 2016, he set a second Guinness World Record for the "Largest gathering of people wearing antlers" at the 2016 Luhan Reloaded China Tour, in Beijing, China.