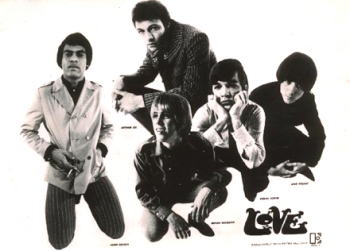 Love was an American Psychedelic Rock and Proto Punk band of The '60s. Along with Sly and the Family Stone, The Jimi Hendrix Experience and the Sir Douglas Quintet, they were among the first multiracial bands.