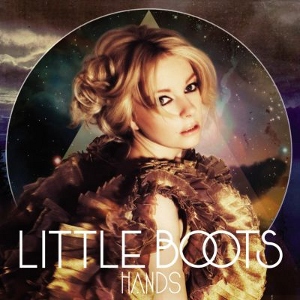 "Every little earthquake / Every little heartbreak going unheard"
Victoria Christina Hesketh (born 4 May 1984), better known by her stage name Little Boots, is a British singer/songwriter/keyboard player/producer. Her nickname apparently derives from her literally having small feet. After being hailed as the next big thing in British music in 2009 (winning the BBC Sound of 2009 critics poll ahead of La Roux, Florence + the Machine, Lady Gaga and Mumford & Sons), she had a couple of hit singles and a top ten album. A long-delayed second album arrived in 2013, but despite retaining her credibility with critics, she seems to have dropped off the public radar almost entirely.