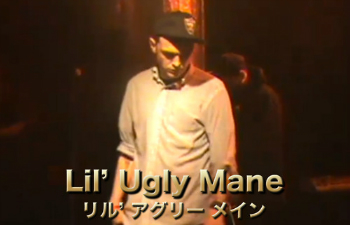 Travis Miller (known as Slumpy D, Shawn Kemp, Across, Near, Vudmurk, Lyle Ugleman etc., born May 13, 1984) is an American musician from Richmond, VA that gained a significant amount of buzz for his work in the hip-hop genre under the name Lil Ugly Mane. Prior to this, he was in a number of underground music projects, including a Black Metal band named Vudmurk, and a harsh noise/power electrics project under numerous aliases. After releasing two albums- PLAYAZ CIRCLE in 2011 and Mista Thug Isolation in 2012, he quickly became a breakout star of the burgeoning underground hip hop scene. He later would shock his fanbase in 2013 by announcing that his upcoming release would be his final one, citing disillusion with fame. Despite such a short discography, his work is exceptionally varied- most of his work is self-produced and takes cues from old 90s hip-hop, jazz, metal, abrasive noise, and more.

In 2015, after 5 years and a uncommonly massive amount of music, Lil Ugly Mane called it quits, that is until 2017 when he released another single under that alias named "Uneven Compromise". Currently, he releases his newest projects as Bedwetter: his first album under that alias was released in the same year.

In 2021, Miller made a surprise return to the Lil Ugly Mane moniker by dropping the New Sound Album VOLCANIC BIRD ENEMY AND THE VOICED CONCERN, a Lighter and Softer affair influenced by 90s Alternative Rock and plunderphonics.