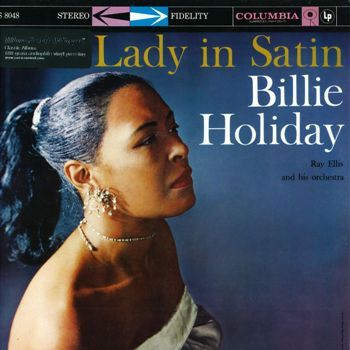 You don't know what love is until you know the meaning of the blues
Advertisement:

Lady in Satin is a 1958 album by Billie Holiday. It was the last record she released during her lifetime and her personal favorite. At the time critical reaction to the album was mixed. Years of drug addiction had ravaged her voice, though the emotional power of a woman who's been through a lot shines through. In that regard, this record paved the way for similar troubled female musicians expressing their ravaged souls such as Nina Simone, Janis Joplin, Marianne Faithfull and Amy Winehouse.

The orchestral arrangements were conducted by bandleader Ray Ellis.