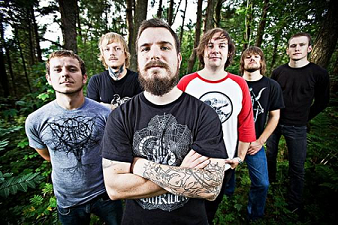 Kvelertak (Eng: "Stranglehold") are a Norwegian metal band whose unique style combines Black Metal, Hardcore Punk and Hard Rock into a sound some fans have dubbed "Black 'n' Roll". It's a loud, throat-rending, but surprisingly accessible sound that's building them a fanbase across the world, despite them only singing in Norwegian.

The band's self-titled debut was released in 2010 to enthusiastic response, and 2013's Meir only more so, coming in at #1 in their native Norway and charting in several European charts that hadn't even noticed them first time around.