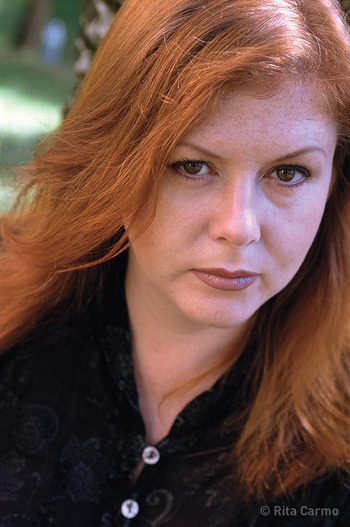 And I'll see you baby when the clans rise again,
Women and children united by a struggle going down,
You've got to walk into the water with your sister and your daughter,
In this free world.
"Free World"
Advertisement:

Kirsty Anna MacColl (10 October 1959 – 18 December 2000) was a British singer-songwriter known for humorous lyrics and a tendency toward Genre Roulette.