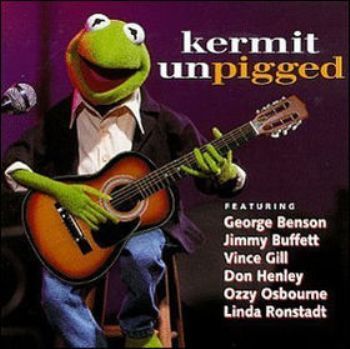 Kermit Unpigged is a 1994 Concept Album by The Muppets. Its plot is simple: the Muppets get lost in a recording studio, and end up recording duets with the various celebrities they meet there. Its opening track, a cover of "She Drives Me Crazy", got a music video release around this time as well. A trailer for the album appeared on the VHS of Muppet Classic Theater.