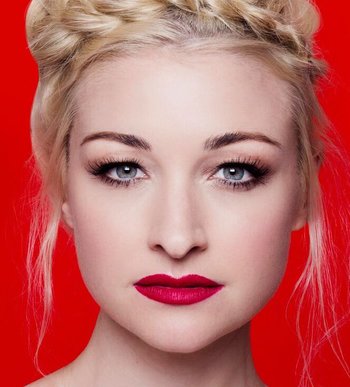 A classically trained singer, musician, and composer, Miller-Heidke first came to prominence as a member of the Australian band Elsewhere. After their breakup in 2003, Miller-Heidke launched a solo career, releasing her first album, Little Eve, in 2007. In 2011, she released a joint album with husband Keir Nuttall, under the name Fatty Gets a Stylist.

In addition to her solo career, Miller-Heidke has also worked as a composer. She wrote the music and lyrics for the 2017 musical adaptation of Muriel's Wedding, as well as an opera based on John Marsden's children's book The Rabbits, which she also starred in. In 2015, Miller-Heidke made her onscreen acting debut in the drama series The Divorce.

In 2019, Miller-Heidke won Australia's first-ever selection for the Eurovision Song Contest, competing with the song "Zero Gravity" in Tel Aviv later that year.

In 2020, she appeared on The Masked Singer Australia as the Queen, earning second place.