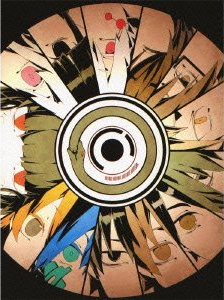 The Kagerou Project is a series of Vocaloid songs by producer Jin (Shizen no teki-P).

The songs in the series are the following:

All of these songs connect to each other to tell the story of a town and a select number of its inhabitants who seem to have special abilities concerning their eyes. These songs, coupled with the novel and the information that Jin releases come together and are collectively known as the Kagerou Project. Everything can be a little difficult to understand, so if you need any help with that there are guides to the series here

(outdated, chronicles up to "Summer Time Record" and the third light novel) and here

Please only list down tropes relating to the music here. If it refers to the series as a whole or the light novel and manga adaptation, please list them down on their respective pages.