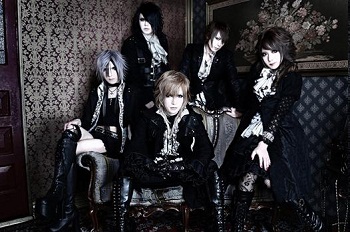 The band released their first single, "Blessing of the Future", in July 2013, through Universal Music. Their debut album, Classical Element, was released in August of that year. Their second album, The History of Genesis, was released in January 2015. It was also Jupiter's last album with Yuki and Masashi as they left the band in April 2016.

Later in 2016, Jupiter released their sixth single, "The spirit within me", with Cross Vein bassist Shoyo and former Roach drummer Daisuke as support members. The following year, they released their first mini-album, Tears of the Sun, with Daisuke promoted to full-time member and former Killaneth bassist Rucy replacing Shoyo. It would also be Jupiter's last release with Zin as vocalist, having left in February 2018.

Later in July, Jupiter announced their seventh single, "Theory of Evolution", with Concerto Moon's former vocalist Atsushi Kuze taking over as the band's frontman. It was also their last release with bassist Rucy, who left Jupiter in January 2019. Their third album, Zeus ~Legends Never Die~, was released on April 3, 2019.

Not to be confused with Project Jupiter.

Tropes applying to Jupiter and its members: