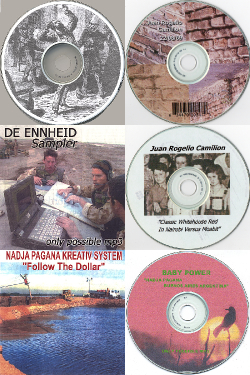 The canonical 6. A world of magical listening awaits you...

Juan got deported to Argentina Jan 1995 where he's lived alone since.