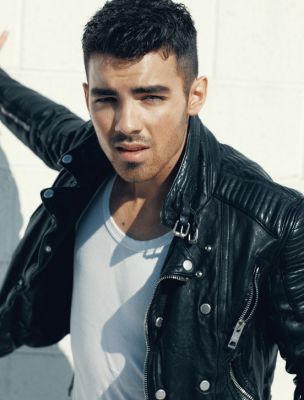 Joseph Adam Jonas (born August 15, 1989) is an American pop singer, musician, actor, and dancer. He is a member of The Jonas Brothers, a pop-rock band made up of him and his two brothers, Nick and Kevin. He starred as Joseph Lucas on the Disney Channel original series Jonas, and released his debut solo studio album, Fastlife in October 2011. He's also dated AJ Michalka, Taylor Swift, Brenda Song, Camilla Belle, Demi Lovato, Ashley Greene, and Gigi Hadid. He also has a Twitter

After the The Jonas Brothers broke up due to Creative Differences in 2013, he formed a new band, DNCE. They released their debut single, "Cake by the Ocean", in 2015.

He's married to actress Sophie Turner since May 2019.

This Jonas brother exhibits examples of: