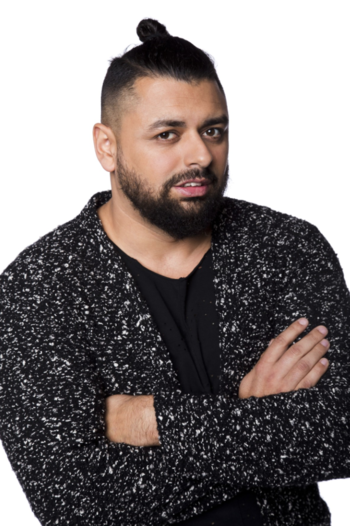 Papai made his musical debut in the reality competition Megasztár, but didn't make it very far in the series. Despite this, he went on to release a string of hit singles in Hungary.

He is best known, however, for his participation in the Eurovision Song Contest. As the winner of Hungary's selection format A Dal note English: The Songin 2017, he went on to represent the country with "Origo" note English: "Origin"; the song finished eighth in the final, giving them one of their best results to date.

After winning A Dal a second time in 2019, Pápai was chosen to represent Hungary at Eurovision once again, with the song "Az Én Apám" note English: "My father". He notably beat out András Kállay-Saunders of The Middletonz, who previously won A Dal and represented Hungary as a solo act in 2014, giving them their second best-ever result in the competition.

Papai is also notable for being the first person of Romani descent to represent Hungary at Eurovision, as well as being one of the only Romani contestants to compete overall.