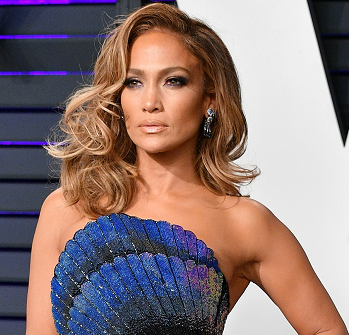 Born in the Bronx to Puerto Rican parents, her career started as one of the dancers in In Living Color! before she landed a star-making role in the biopic about the singer Selena. More acting roles followed as did a career in music. Her debut album, 1999's On The 6 was a huge hit and helped spearhead what music critics called "The Latin Invasion" of 1999 along with Ricky Martin, Enrique Iglesias, and future husband Marc Anthony. In 2001, she became the first performer with a #1 movie (The Wedding Planner) and #1 album (J.Lo, from her famous nickname) in the same week.

Her relationship with Sean "P. Diddy" Combs fell apart, in the wake of Combs being accused of gun possession, shooting, and injuring people at a nightclub (a charge he was ultimately acquitted of). She moved onto a high profile relationship with Ben Affleck, spawning the nickname "Bennifer" and producing the critical and commercial flop Gigli. Her music career stalled after the release of the single "Jenny from the Block", which (although a huge hit) was supposed to address accusations that she was a money-grubbing sell-out, but only made things worse with its video, which was the exact opposite of what the song was trying to say. The romance between Lopez and Affleck ended in 2004... only to restart 17 years later (with Lopez having spent a decade married to Anthony in the interim), leading to their marriage in 2022.

She's done some advocacy work in various ways, including vaccination awareness for some diseases, and for awareness of violence against women. Interestingly enough, before she became famous, she was simply a paralegal and Notary Public working to an attorney.

Lopez still acts and records music, and as of the 2011 season, appeared as a judge on American Idol. Her most famous physical... asset is her large, curvy rear, which has sparked a few talk show punchlines. Ironically, diet and fitness had already whittled her posterior to average size by 1999, which probably says more about Hollywood's standards than J. Lo's bum. In 2020, she co-headlined the Super Bowl LIV halftime show with fellow Latina performer Shakira.

Don't be fooled by the tropes that I got/I'm still, I'm still Jenny from the Block: