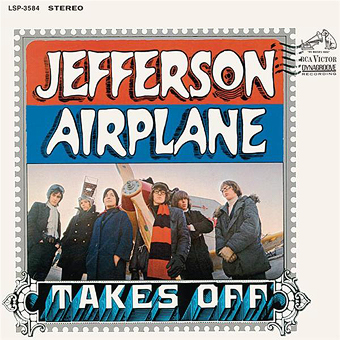 Jefferson Airplane Takes Off is the debut studio album by Jefferson Airplane, released in 1966. It is their only album with drummer Skip Spence (later a member of Moby Grape) and founding member Signe Toly Anderson. They would be replaced by Spencer Dryden and Grace Slick, respectively (though Spence and Anderson appears on three songs from this album on the UK version of Surrealistic Pillow). Unlike their later albums, this album is significantly folk rock.

"Runnin' Round This World" was supposed to end this album, but was rejected by the record company.

Come Up The Tropes: