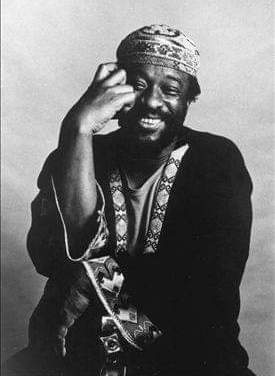 James Blood Ulmer is an African-American blues, jazz and funk guitarist and singer. Born in St. Matthews, South Carolina, Ulmer got his start playing in funk bands, first in Pittsburgh (1959-1964) and later around Columbus, Ohio (1964-1967). He then spent four years in Detroit before moving to New York in 1971, where he played very briefly with Art Blakey. Around this time he had also played with Rashied Ali, Larry Young, Paul Bley and Joe Henderson. That same year, he met up with Ornette Coleman, whose musical philosophy of harmolodics

The guitarist's recordings from the late '70s and early '80s would showcase his a unique take on his mentor's aesthetic. His blues-inflected, soul jazz-based playing was a much more aggressive variation of Coleman's free jazz and funk music, with it harkening towards a highly emotive and visceral effect on listeners. In 1981, Ulmer signed to Columbia Records, on which he released three albums after previously appearing on two of Arthur Blythe's records for the label. Around this time, Ulmer also began an musical ensemble with tenor saxophonist David Murray, bassist Amin Ali, and drummer Ronald Shannon Jackson. As the Music Revelation Ensemble, their grouping (with multiple other musicians coming and going) would produce a number of intense, captivating free jazz albums over a span of almost two decades.

In 1987, with the cooperative group Phalanx (with George Adams on tenor sax, Sirone on bass and Rashied Ali on drums), Ulmer would continue in the vein of free jazz that made him lauded in jazz circles. However, Ulmer's interest in free jazz waned in the '80s and '90s, to the extent that his music became progressively more compositionally structured and blues inspired. Because of this, much of his later work barely resembles to the wild, rhythmic free jazz he had become initially known for. However, this didn't mean he abandoned it completely, with his recordings with the Music Revelation Ensemble showing him still playing in that vein.

Blood would go further with his blues influence with albums such as Memphis Blood: The Sun Sessions and No Escape from the Blues. Both of which were recorded around the turn of the century, seeing Ulmer play a very psychedelic and (you guessed it) funk influenced take on blues music. He would later start his own label, American Revelation in 2009, which have released four more of his albums to date.